Verdicts in the most recent trial of ousted Myanmar leader Aung San Suu Kyi was delayed to December 27, a legal official familiar with charges against her said on Monday.

The court, located in the capital, Naypyidaw, was slated to rule on charges of possession of walkie-talkies and a set of signal jammers. Suu Kyi, 76, faced maximum penalties of three years and one year in prison on each of these charges, respectively.

The presiding judge, however, decided to defer the verdicts. The source for this information, who spoke to news agencies on condition of anonymity out of fear of punishment by authorities, said the judge did not offer a reason.

Following the February 1 coup against Suu Kyi’s democratically elected government, Myanmar’s military seized control of the country and arrested her. Her residence was searched, and radios were found at the entrance gate of her home and in her bodyguards’ barracks, The Associated Press reported. The radios are at the center of her current trial.

Suu Kyi was first charged with illegally importing the walkie-talkies and using them without permission, which is a violation of the country’s Export and Import Law 2012. Authorities used these charges to justify her initial detention. The next month, she was charged with illegal possession of the radios.

Suu Kyi’s lawyers denied wrongdoing, arguing that the radios were not in her possession but were instead used to maintain her personal security. Nonetheless, the court refused to dismiss the charges.

Separately, on December. 6, the Nobel laureate was sentenced to four years in prison for incitement and violating COVID-19 protocols. Her sentence was later reduced to two years.

According to the Reuters news agency, military ruler Min Aung Hlaing said in remarks published last week that Suu Kyi would remain in detention in the same undisclosed location during her trials. Former President Win Myint also will not be sent to prison, according to the statement.

Suu Kyi is on trial for nearly a dozen cases that carry maximum sentences of more than 100 years in prison. She has continued to deny each of the accusations.

While her supporters and rights groups argue the military created these charges to damage Suu Kyi’s credibility and career as a politician, the junta said she is being given due process, as the trial is being conducted by an independent court and a judge appointed by her administration.

The media have been locked out of covering Suu Kyi’s trial, and her lawyers are prohibited from communicating with the media and public.

Myanmar remains in a state of turmoil, with peaceful nationwide demonstrations against the military coup. The government has imposed a strict crackdown on protests, but armed resistance has increased. Tensions have increased so much that U.N. experts have expressed concerns about the possibility of civil war. 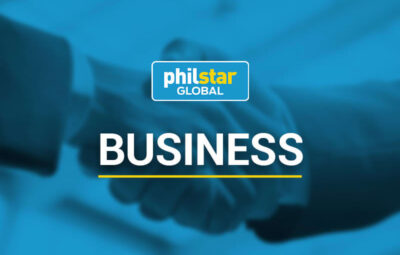